This four-day weekend has been the BEST, I managed to try four different and NEW recipes in the Thermomix. CAPS EVERYWHERE!

I wanted to give Arianna a treat that packed in some fruit and was relatively healthy. Plus we are going away for a couple of trips over the next two months and I wanted to clean out my pantry as much as possible. There were some frozen bananas that were shouting out to be used as well as a pack of dates, so I googled “Thermomix bananas dates” and voila, this lovely and more importantly easy recipe popped up. It uses cups as a measuring device for some of the ingredients, but I’m all about only using those brilliant TMX scales (one less thing to wash up amiright), so I guesstimated the weight of the oil, coconut and milk here.

1 apple, cored and quartered and chopped in the Thermomix

Add apple, bananas and dates to your Thermomix bowl, and mix for 5 secs/speed 5.

Add the oil, milk and egg, mixing for 15 secs/reverse/speed 4. Side note: I read somewhere that the Reverse function should not be used on speeds 3 and above. But I’ve seen quite a few recipes that ignore this rule so maybe it isn’t actually a rule to begin with. In any case the original recipe uses speed 5 in this step, I used speed 4 for peace of mind, even though that doesn’t really make sense 🙂 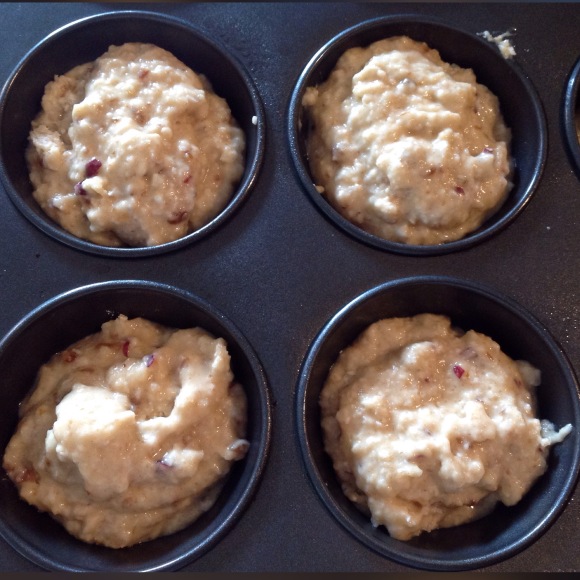 Pop mixture into a muffin tin, and bake for 20 mins (check at 15mins)

Leave in tray for a couple of minutes and then place onto a wire rack to cool. Done! 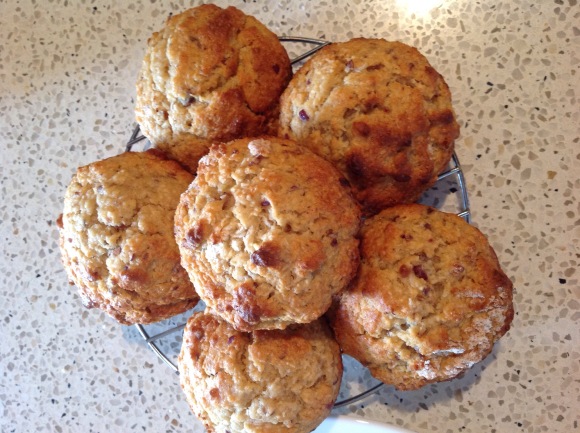